Fuchu-shuku AreaOne of the Thirteen Chief Vassals of the Kamakura Shogunate, Kajiwara Kagetoki and Shizuoka City

In the first year of the Shoji era (1199), Minamoto no Yoritomo, first shogun of the Kamakura Shogunate, died and was succeeded by Yoriie, the second shogun.
There was a fierce struggle for power among the warlords of the Kamakura Shogunate, and Kajiwara Kagetoki, a chief vassal of the Shogunate, was defeated and chased out of Kamakura. Kagetoki fled from his territory of Ichinomiya, Sagami Province (now Samukawa Town, Kanagawa Prefecture), and attempted to take his family and retainers to Kyoto.
Trying to prevent his escape, the Shogunate ordered local clans to subdue Kagetoki’s party. The battle began at Kiyomigaseki (now Okitsu) and moved towards Takahashi and Ouchi (now Shimizu Ward).
Kagetoki’s party fought hard, but tired from the long hours of battle and unaccustomed to the terrain, his warriors were defeated in one area after another. As the story goes, it was when his third son, Kagemochi—said to be a man of unmatched valor—was killed by Kikkawa Kojiro of the Irie clan, that Kagetoki (along with his eldest son, Kagesue, and second son, Kagetaka) resolved to fall on his sword in Sena.

The origin of the name "Yaitamubashi" is based on the legend that during the battle, Kagetoki’s party and the local samurai exchanged arrow fire here.

Kajiwara-do, built as a mausoleum for the Kajiwara clan, has now been rebuilt in the Ouchi area and has been designated a Shizuoka City Cultural Property as a "place linked to Kajiwara Kagetoki".

The area around the summit of Mt. Kajiwara, said to be where Kagetoki died, has been developed into Kajiwarayama Park, where a monument marking his place of death and a memorial tower for him and his sons have been erected. Kajiwarayama Park has been recognized as a Night View Heritage of Japan because of its spectacular scenery, and the exquisite panorama consisting of Mt. Fuji, Miho Peninsula, Suruga Bay and Izu Peninsula in the distance continues to awe visitors. 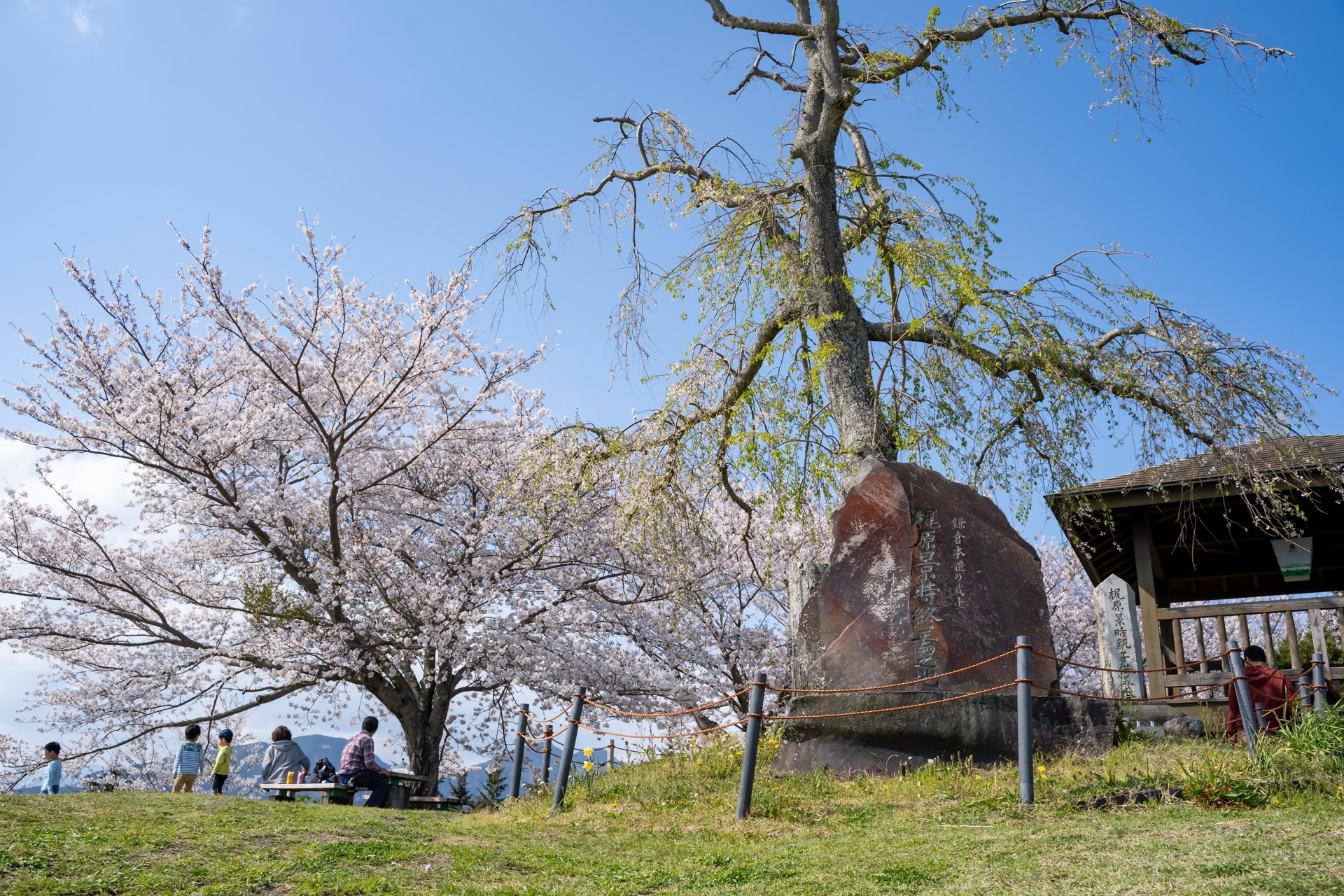 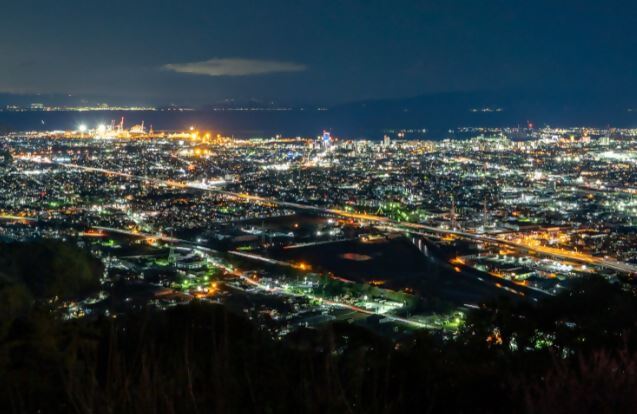 Recognized as a Night View Heritage of Japan
https://shizuoka-yakei.com/spot/kajiwarayama