The legend of Princess Joruri is a tragic love story between Minamoto no Yoshitsune and Princess Joruri, the princess of a chieftain in Yahagi, Mikawa (now Okazaki City). Yoshitsune falls in love with Princess Joruri on his way from Kyoto to Oshu to revive the Minamoto clan, but leaves her with the flute "Usuzumi" as he leaves for Oshu. The legend of Princess Joruri in Yahagi says that the princess was so saddened by the parting that she finally threw herself into the Otogawa River, but the legend in Kambara is slightly different.
On his way to Oshu, Yoshitsune fell ill and died in Kambara. When Princess Joruri received the news, she hurried to Kambara and cried over Yoshitsune's corpse, and her tears flowed into his mouth, bringing him back to life. Then Yoshitsune left again for Oshu. The princess was so saddened by her separation from Yoshitsune that she could not return to Mikawa, and died in Kambara. Out of compassion for her death and love, the people of Kambara built a mound to memorialize her. Six pine saplings were planted on the mound, which later became a guide for travelers. 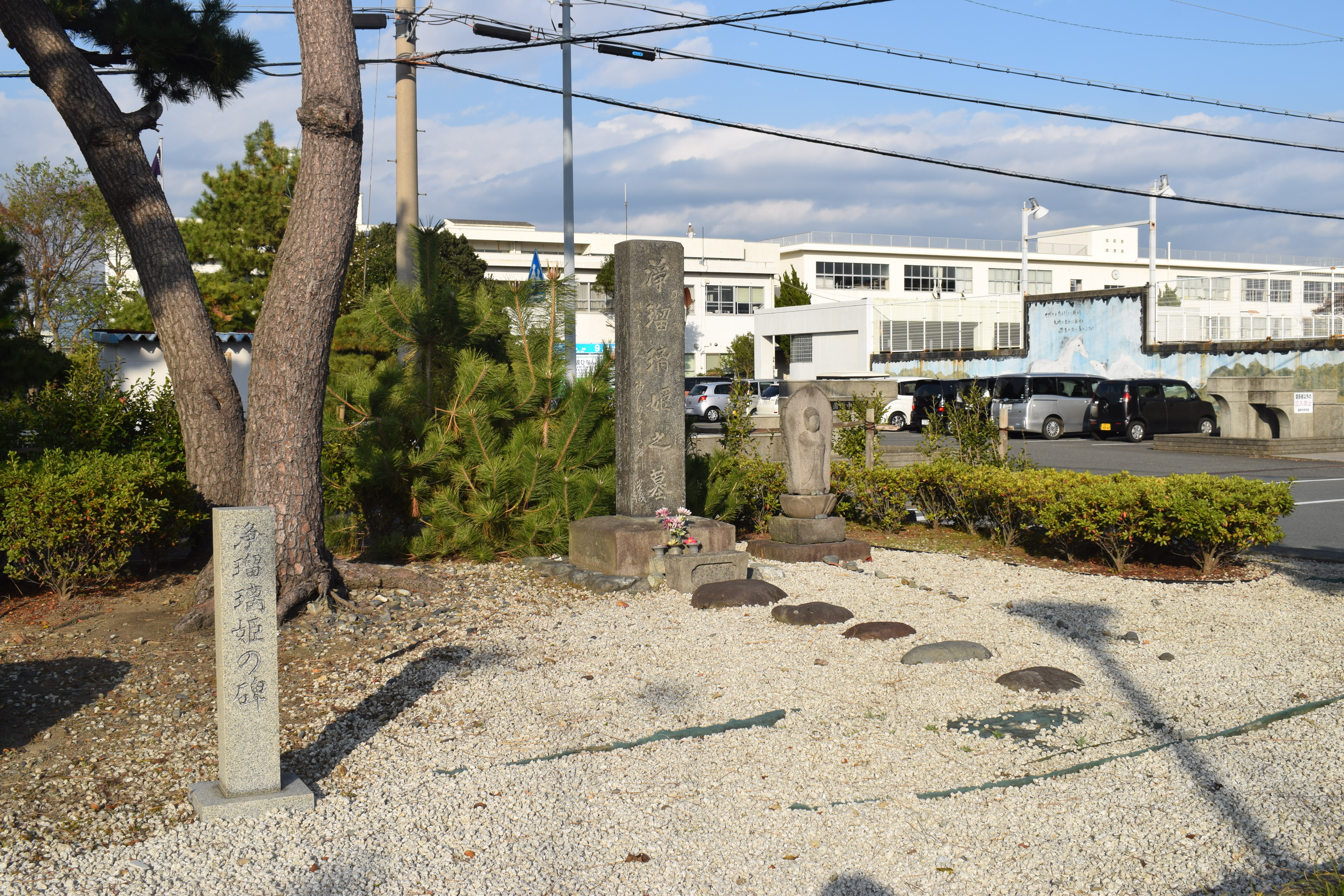